Fitch Ratings-London/New York-07 November 2012: The newly re-elected US President Barack Obama will need to quickly secure agreement on avoiding the ‘fiscal cliff’ and raising the debt ceiling following Tuesday’s elections, Fitch Ratings says. The economic policy challenge facing the President is to put in place a credible deficit-reduction plan necessary to underpin economic recovery and confidence in the full faith and credit of the US. Resolution of these fiscal policy choices would likely result in the US retaining its ‘AAA’ status from Fitch. As reflected in the Negative Outlook on the rating, failure to avoid the fiscal cliff and raise the debt ceiling in a timely manner as well as securing agreement on credible deficit reduction would likely result in a rating downgrade in 2013.

The fiscal cliff – some USD600bn of tax increases and spending cuts that come into effect on 1 January 2013 – and an increase in the debt ceiling are pressing issues that the President and Congress must address in the coming weeks if the US is to avoid a fiscal and economic crisis. Fitch estimates that the fiscal cliff would tip the US economy into an unnecessary and avoidable recession and result in an increase in the unemployment rate to above 10% in 2013. In Fitch’s opinion, the tax increases and spending cuts implied by the fiscal cliff would not fully address the longer-term drivers of higher public spending and the relatively narrow and volatile tax base. Moreover, the fiscal cliff would likely be at least partially reversed by Congress as the economy slowed and unemployment began to rise, perpetuating the uncertainty over government tax and spending policies that has weighed on the economic recovery. Fitch is currently projecting substantial deficit reduction equivalent to around 1.5% of GDP in 2013 as part of a medium-term deficit reduction strategy.

On current projections, the Treasury Secretary will likely have to implement extraordinary measures by year-end to maintain borrowing capacity under the current debt ceiling of USD16.394trn. Failure yet again to reach agreement on raising the debt ceiling in a timely manner – not Fitch’s expectation – would undermine confidence in the United States as a reliable borrower and thus its ‘AAA’ status, prompting a formal review of the US sovereign rating.

Avoiding the fiscal cliff and a timely increase in the debt ceiling would support the economic recovery and send a positive signal that agreement can be reached on a credible plan to reduce the federal budget deficit and stabilise federal debt over the medium term, consistent with the US retaining its ‘AAA’ status. Conversely, failure to reach even a temporary arrangement to prevent the full range of tax increases and spending cuts implied by the fiscal cliff and a repeat of the August 2011 debt ceiling episode would mean that the general election had not resolved the political gridlock in Washington and likely result in a sovereign rating downgrade by Fitch.

From an economic and sovereign credit perspective, the most important policy priority for the President and Congress is reaching agreement on a deficit reduction plan backed by clear targets and specific tax and spending measures that would firmly place US public finances on a sustainable path over the medium to long term. In Fitch’s opinion, such a plan would significantly reduce the uncertainty that currently characterises federal tax and spending policies and underpin a sustainable economic recovery and confidence in the full faith and credit of the federal government.

Fitch placed the US ‘AAA’ rating on Negative Outlook on 28 November 2011, following the failure of the Congressional Joint Select Committee on Deficit Reduction to reach agreement on at least USD1.2trn of deficit-reduction measures. The failure of the so-called Super-Committee to reach agreement eroded Fitch’s confidence that timely fiscal measures necessary to place US public finances on a sustainable path consistent with the US ‘AAA’ status would be forthcoming. Further prevarication would undermine the economic recovery and mean that federal debt would continue to rise over the foreseeable future. Federal debt held by the public currently stands at around 75% of GDP, its highest level since 1950. Without policy action, it will reach 90% of GDP by the end of the decade and continue to rise towards unsustainable levels.

Assuming that the fiscal cliff is avoided and there is a timely increase in the debt ceiling, Fitch expects to resolve the Negative Outlook on the US ‘AAA’ sovereign rating in late 2013. Failure to reach agreement on the fiscal cliff and debt ceiling would likely trigger a rating downgrade before then.

The presidential election underscored the broad political and public recognition of the importance of addressing the federal government deficit and stabilising government debt – the challenge facing President Obama and Congress is to address head-on the hard choices on tax and spending.

Notes for editors:
The economic impact of the fiscal cliff is analysed in detail in Fitch’s 3rd quarter Global Economic Outlook published 27 September 2012 and available from www.fitchratings.com.

Additional information is available at www.fitchratings.com.

“Under the Obama administration, the U.S. Federal Reserve sought to stimulate the economy by way of quantitative easing. The Fed’s one power is to create money out of thin air and it’s currently using that power. Critics argue the program will further devalue the dollar and ultimately create inflation, though, which is why many investors have bought gold as a hedge against inflation.”

To contact the editor responsible for this story : Reza Aswin at PT. ABC Future Indonesia email : rz_aswin@yahoo.com
Previous Bank of Japan Stimulus
Next What Is the ‘Fiscal Cliff?’ 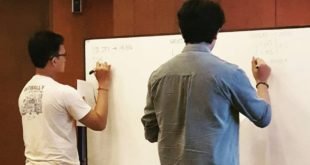 Trade with what you see, not what you feel - Stani